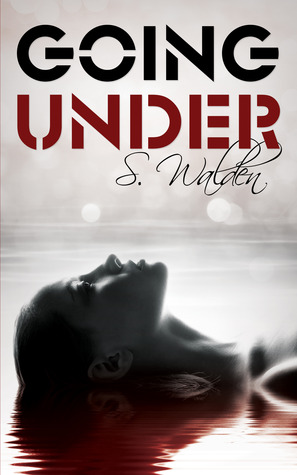 Brooke Wright has only two goals her senior year at Charity Run High School: stay out of trouble and learn to forgive herself for the past. Forgiveness proves elusive, and trouble finds her anyway when she discovers a secret club at school connected to the death of her best friend. She learns that swim team members participate in a “Fantasy Slut League,” scoring points for their sexual acts with unsuspecting girls.

Brooke, wracked with guilt over her friend’s death, decides to infiltrate the league by becoming one of the “unsuspecting girls,” and exact revenge on the boys who stole away her best friend. An unexpected romance complicates her plans, and her dogged pursuit of justice turns her reckless as she underestimates just how far the boys will go to keep their sex club a secret.

I enjoyed the first half of this book because everything seemed mysterious and dark— which definitely had me flipping pages. The concept was good. I admire how the author immersed the readers in heavy, fragile, and sensitive topics that involve suicide and rape. The writing style of the author also impressed me because the words were perfectly compelling that it automatically pulled me into the story.

However, I have some issues with this book. I found the plotline weak and totally messed-up. I was so invested with the story until I started reading the second half of the book. It disappointed me. Most parts were dragging and it was only when I reached 80% when things started to get interesting. But still, it fell short for me.

The romance was also a so-so. There were hot scenes, but it missed some romantic factors for me.

Also, the thing that bothered me the most was the setting. While this book was categorized in a NA genre, I was confused about why the author placed the story in a high-school setting. Yes, the characters were Seniors and already 18, but something was wrong here. I was not comfortable imagining the dark, explicit scenes happening in high-schoolers. In my opinion, the story should have been placed in a more mature setting.

There were also unrealistic scenes. Like how in the world the Fantasy Slut League existed for a very long time without being noticed by the police or law-makers? I mean, the swim team guys already made quite a number of victims in the school but how their acts weren’t caught was too impossible and unrealistic.

I was also looking for some twist at the near-end portion of the book but unfortunately, nothing remarkable happened. And when it comes to the ending, a huge part of it felt so cliche to me.

Even if this book did not completely enthrall me, I would still recommend this to anyone who is looking for a book with this kind of genre. Maybe it will work out for you. 🙂