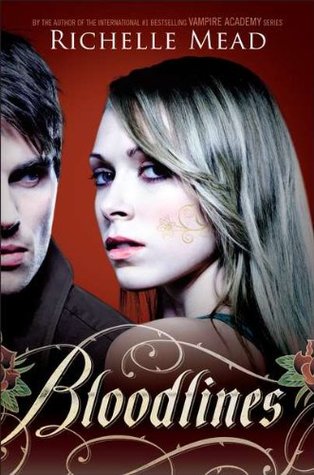 When alchemist Sydney is ordered into hiding to protect the life of Moroi princess Jill Dragomir, the last place she expects to be sent is a human private school in Palm Springs, California. Populated with new faces as well as familiar ones, Bloodlines explores all the friendship, romance, battles, and betrayals that made the #1 New York Times bestselling Vampire Academy series so addictive–this time in a part-vampire, part-human setting where the stakes are even higher and everyone’s out for blood.

Richelle Mead does not disappoint! I’ve proven it in her Vampire Academy series, and yet again, she proves her excellence in this book. Bloodlines is another masterpiece I have unraveled from this author! Bloodlines is a spin-off of the Vampire Academy series. The first installment of Bloodlines series, this book introduces us to another adventure of a lifetime. In this book, the story takes place soon after the events of Last Sacrifice (the last sequel of Vampire Academy). But in this book, we get to discover different characters that were featured in Vampire Academy– the main characters Adrian Ivashkov and Sydney Sage. I won’t be describing more details about the synopsis to avoid spoilers, but all I can say is that, this book is really, really awesome! It’s absolutely well done. The writing style, as usual, was perfection! The premise was also surprisingly good. In Vampire Academy series, most books seemed to have a light air. But in Bloodlines, it was so much darker. So many secrets, intrigues, and puzzles were plotted. Perhaps it was the way Richelle Mead created a much bigger scope to the Moroi, Strigoi, Dhampirs, and Alchemists’ world that made the book a lot more intriguing. This is the kind of vampire book that really hooks me from page 1 up to the last. The mystery, the humor– they’ve gone beyond my expectations. I also love Sydney’s character here. I love how she thinks before she acts. For me, she’s a very responsible, mature, and ideal character. And to top it all, ADRIAN IVASHKOV . He is an absolute bae of all baes! Despite his snarky attitude, well, he’s the kind of fictional character that is hard not to adore. He really made my heart ache with his inner struggles. T.T Perhaps the thing that prevented me to rate this book 5 stars was the predictability of the story. I found almost everything easy to foretell. But overall, I really enjoyed the book! P.S. I highly recommend you to read Vampire Academy first before jumping into this book to avoid spoilers (There were actually a lot of VA spoilers here.) 🙂 Rating: 4 Stars