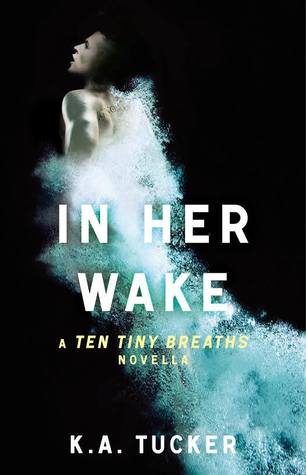 Before you knew him as Trent in Ten Tiny Breaths, he was Cole Reynolds—and he had it all. Until one night when he makes a fatal, wrong decision…and loses everything.

When a drunken night out at a Michigan State college party results in the death of six people, Cole must come to terms with his part in the tragedy. Normally, he’d be able to lean on his best friends—the ones who have been in his life since he could barely walk. Only, they’re gone. Worse, there’s the shattered body of a sixteen-year-old girl lying somewhere in a hospital bed, her entire life ripped from her because of a case of beer and a set of keys.

Everyone assures him that they know it wasn’t intentional, and yet he can’t ignore the weight of their gazes, the whispers behind his back. Nor can he shake the all-consuming guilt he feels every time he thinks of that girl who won’t so much as allow him near her hospital room to apologize. As the months go by and the shame and loneliness festers, Cole begins to lose his grip on what once was important—college, his girlfriend, his future. His life. It’s not until Cole hits rock-bottom that he can begin to see another way out of his personal hell: forgiveness.

How the hell do you cross to get to the other side when you’ve run out of concrete? I guess you can slap on some wood to patch it up, to help you move on. But the bridge will never be quite right– never as strong– again.

Note: I highly recommend you to read Ten Tiny Breaths first before diving into this novella to avoid spoilers.

In Her Wake gave me a hard time to put my thoughts in order after reading it. It was so poignant and stirring, one that totally gives a serious emotional punch. In fact, I like this novella way better than TTB because in here, the narration was retold in a more captivating and heart-wrenching way.

K.A. Tucker sure knows how to make her readers shed a tear. Every line squeezed my heart. There were also lots of realizations that somehow affected me.

The building of romance, more likely a one-sided attraction, also made me appreciate everything in this novella. It wasn’t instant, but it was eventually established.

What if she could learn to love again? And what if I’m the one who can remind her what that feels like?

All in all, I admired how In Her Wake was delivered in a painful yet very sweet and promising appeal.

2 thoughts on “Review: In Her Wake by K.A. Tucker”