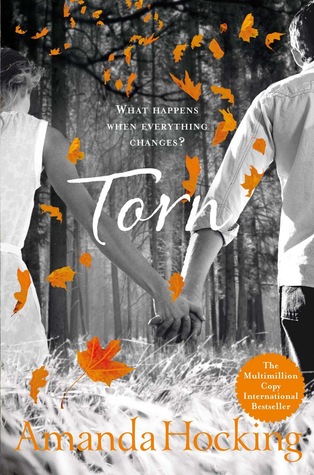 Acknowledging that she was different from everyone else wasn’t difficult for Wendy, she’d always felt like an outsider. But a new world and family is a little hard for any girl to accept. Leaving behind the country of her birth, she is determined to fit back into normal life. But the world she’s left won’t let her go that easily.

What happens when everything changes?

Switched may not be the great introduction to this series, but Torn made it all up. There were a lot of developments here in this book thanks to my new favorite character– ladies and gentlemen, Loki Staad!

I have to make a special highlight to this awesome character because he deserves it. Loki is one spectacular character. I admired his realness and the way he treated Wendy in this book. He may be a Vittra but he wasn’t considered a villain. To be honest, he was the one who totally saved this series. He was created in such a way that readers like me will totally swoon.

Handsome, confident, and one that exudes so many potentials. He should be the male lead. I ship him and Wendy so bad!

Anyway, this book offered revelations– at long last! In the first book, almost everything was kept in secret to Wendy but this book is a breath of fresh air. Also, Queen Elora finally made a great character development and she no longer played an evil witch in the series.

The plot was good albeit some imperfections (there were still dull moments) but they weren’t that bad compared to the first book. There was a twist! But I hate to say that I was spoiled and it’s all because of my fault, however it was just mild and my feelings and opinion toward the book were not affected.

There were action scenes but nothing like the first book. Finn, on the other hand, made me feel disappointed. He was a jerk all the time! I hate the way he treated Wendy, the way he basically pushed her away just because he thought he was never enough. He spent so much time wallowing in self-pity and I just didn’t like it.

Tove, however, became an addition to my new favorite characters. The guy is a real gentleman. I admired his devotion to Wendy. I also admired Duncan and Rhys. Matt was annoying but he was tolerable though.

Torn had a promising ending. I hope the next and final book will not disappoint because I already find this series captivating. 🙂