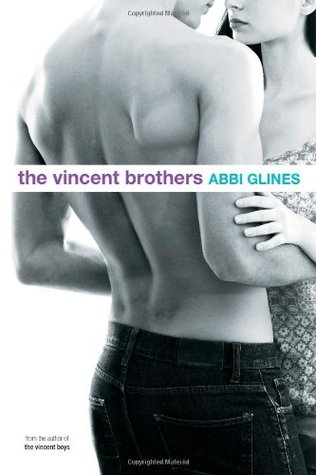 Hot romance is the cure for heartbreak in this sequel to The Vincent Boys.

Lana has lived her life in her cousin’s shadow. Ashton always made perfect grades, had tons of friends, and looks model-perfect. And she’s always had Sawyer Vincent—the only boy Lana’s ever wanted—wrapped around her finger. But now things are different. Lana has a chance to make Sawyer see her, and she’s taking it. If only he’d get over Ashton—because Lana is sick of second-best.

Sawyer’s heart is broken. He’s lost his best girl to his best friend. And then Lana comes to town. Ashton’s cousin has always been sweet and soft-spoken, but now she’s drop-dead gorgeous as well. Sawyer doesn’t know if Lana can heal his broken heart, but spending time with her might at least make Ashton jealous.

What starts as a carefree fling becomes a lusty game of seduction. Sawyer and Lana may have different motives, but their scintillating hookups are the same kind of steamy. . . .

The Vincent Brothers is the second book of The Vincent Brothers series. This time, it’s about Sawyer and Lana. In the first book which is The Vincent Boys, there wasn’t much anything about them that was interesting since they were just childhood friends and Sawyer was deeply attached to Ashton. But in this book, they met again and became romantically involved when Lana went to Grove to spend time with Ash and to temporarily get away with her family issues. Lana was, at the same time, aiming to finally get Sawyer’s attention who was her secret childhood crush. Things, however, were not that simple because despite the sexual tension between them, Sawyer still hasn’t moved on from his heartbreak over Beau and Ash’s romance.

I totally loved this book. It was so much better than the first one. The ultimate reason was of course, SAWYER VINCENT. This guy and his sexy Southern drawl… *swoons I didn’t expect myself to like him better because his character in the first book seemed off and shallow. But here… He’s a total Mr. Hottie McHottie and his character improved a lot. I admit he was a total a-hole in the first parts of this book but throughout the rest of the book, I understood him even better and I ended up falling for him.

I simply love the romance here. It was emotional and there was so much sexual tension between Sawyer and Lana. All throughout the book I found these two so cute and adorable. They’ve got the chemistry that I rarely feel in some romance books. There was also a lot of things that happened here. I loved the adventure Sawyer and Lana experienced together with their group of friends. I also loved the push-and-pull thing between the couple and the series of conflicts that was resolved in a sweet manner. Other than that, there was also family drama which made me cry.
And that HEA? It was so perfect! The moment I closed the book, I practically hugged it with a smile on my face. I need more books like this!