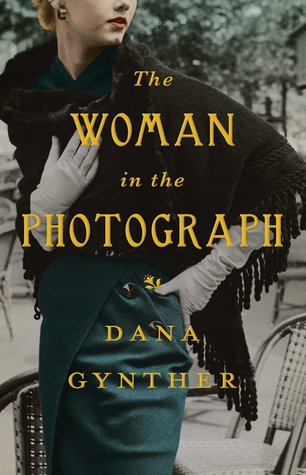 Set in the romantic glow of 1920s Paris, a captivating novel of New York socialite and model Lee Miller, whose glamorous looks and joie de vivre caught the eye of Man Ray, one of the twentieth century’s defining photographers.

1929, Montparnasse. Model and woman about town Lee Miller moves to Paris determined to make herself known amidst the giddy circle of celebrated artists, authors, and photographers currently holding court in the city. She seeks out the charming, charismatic artist Man Ray to become his assistant but soon becomes much more than that: his model, his lover, his muse.

Coming into her own more fully every day, Lee models, begins working on her own projects, and even stars in a film, provoking the jealousy of the older and possessive Man Ray. Drinking and carousing is the order of the day, but while hobnobbing with the likes of Picasso and Charlie Chaplin, she also falls in love with the art of photography and finds that her own vision can no longer come second to her mentor’s.

The Woman in the Photograph is the richly drawn, tempestuous novel about a talented and fearless young woman caught up in one of the most fascinating times of the twentieth century.

Moving or motionless, in shadow or light, she was his subject.

This book is a breath of fresh air. It’s been a while since I’ve read a historical fiction so I’m glad I was able to delve into this book. The Woman in the Photograph takes place in the year 1929 in the beautiful city of Paris. We start the book with the heroine Lee Miller, a model and a fashion icon who became enthralled not only with posing for photographs but also with doing photography herself and diving more into visual arts. When she met renowned photographer Man Ray, her desire to learn more about photography was fueled, so she persuaded him to become her mentor and at the same time, his exclusive model or muse. As they spent more time together doing photography sessions they developed passion for each other and soon after, they became lovers. But that’s not the end of it because as soon as they learned about each other’s flaws, their relationship changed and obsession, jealousy, and deceptions became their biggest dilemma.

This book is actually written decently, but I can’t really say that I totally loved it. One big problem that I had in this book was the plot. The series of events was repetitive. Even if there were interesting things, I sometimes became wary because most of the scenes (kiss-and-make up) were turning into a cycle.

Another problem I had with this book was the main characters. Lee and Man aren’t exactly the most likable characters to read about. Lee is too ambitious and selfish. Worse, she’s also a cheater and a famewhore. And although I liked Man in the beginning, he eventually became a turn-off as I’ve read more about him. Why? Because he became a weak character who’s too obsessed with Lee, to the point that he easily forgave her even if he knew that she was cheating.

But well, despite the fact that I didn’t like the plot and the characters, I still think this book deserves to be read by everyone because as what I’ve said, it’s a historical fiction (a genre that everyone should also give attention to) and it somehow offered entertainment. The setting is wonderful and the emphasis on arts was neatly done. I’ve also learned a lot about the wonders of photography, films, and all those things. And oh, it’s nice to know how people basically lived during the 1920’s and 30’s in Paris– their lifestyle, culture, and whatnot. 🙂 So I still recommend this book!