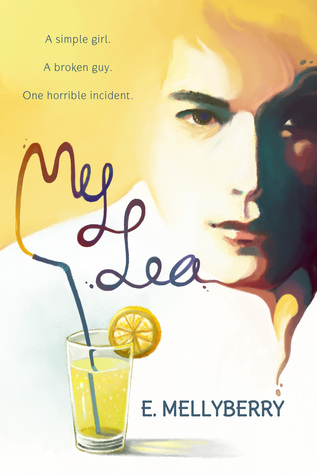 When Lea Amelia landed her feet in San Francisco for her overseas study, her idea of freedom was simple, like eating junk food ten times a day, sitting in front of the TV in her PJs, or going out late with her friends without the need to check in with her mother constantly.

Then she met Andrew Jaya, her brothers’ best friend. A twenty-two-year-old guy whose physical appearance looked like he was crafted straight from God’s heavenly hands, but possessed a past as bleak as if it was drawn by Evil himself. A conflicted guy who wore sadness like nobody’s business beneath his mask, a perfect-looking mask she slowly peeled away.

He was also the guy who hurt her.

Suddenly, everything about her was no longer simple.

Andrew Jaya had convinced himself that not feeling was good for him. He’d been doing it splendidly for almost his entire life. But that was before his best friend’s sister stepped into his life and ruined it. After weeks of knowing Lea, all of those warm and wonderful feelings he’d long ago denied to himself started to reappear. Problem was, the brighter the light, the bigger the shadows that came with it.

His traumatic past refused to let him go.

When the unthinkable happened, the easiest thing to do was to run. But life often proves that the easiest way is usually the hardest.

Warning: Please be advised this book contains content such as traumatic past and assaults that some readers may find triggering. This book is NOT a Young Adult. Due to its mature content and language, this book is NOT suitable for readers under 18.

“Love was an anti-gravity force. Love was an art of falling and floating, but never crashing. Love shot her into the sky, then let her fall, absolute falling, and she kept falling and falling. She was falling… defenseless and fast.”

It’s my first time to read a book from E. Mellyberry and I was honestly impressed with her writing and the way she plotted the storyline of the book.

My Lea is a story about Indonesian main characters namely Andrew Jaya and Lea Amelia who met in the United States. Lea is the kind of girl you would easily like. Sweet, easy-going and kind, while Andrew is the exact opposite– bad boy, womanizer, and at times, an a-hole– the kind of guy your parents will warn you to stay away from. They have this instant connection after they met most especially because Andrew and Lea’s brothers are best buddies. Attraction soon bloomed between them, but little did Lea know that Andrew hides a dark secret from his past– one he wasn’t able to easily escape even up to the present. Soon, his past became Lea’s nightmare and it was the thing that completely shattered her.

I simply loved the storyline of this book and how it was carefully constructed. It’s dark, complex, and deeply emotional. It was also unpredictable. All throughout the book, I made different guesses about Andrew’s past but none of them were correct after all.

The characters, on the other hand, were vibrant, unique, and well-drawn, especially Andrew whose redeemable quality was remarkable. At first, he really pissed me off because he was a complete asshat. He was, in a way, so full of himself and has this anger management issues that he couldn’t deal with. Gratefully he redeemed himself in the later chapters, although I admit it really took me a while to forgive him for what he did to Lea. It wasn’t THAT easy. Nope.

Apart from Andrew’s attitude, what also kept me from rating this book higher was the first half of the book which was dragging. At times, it failed to hold my attention. It was in the second half of the book when it finally earned my full attention and made me become invested in the story. All the scenes produced an emotional typhoon. I didn’t expect myself to cry when Andrew finally let his guard down and totally bared himself to Lea.

“The weird thing about the human brain is that even when we try to shut it down, demand it to go off and change channels, it can’t. It keeps working, feeding us ideas, hopes,fears, and demands us to notice them.”

The romance here was good and it developed right at the last few chapters. It had a promising and non-cliffy ending, too. I’m at least glad in the end because of the characters’ development and how they became stronger when they were together. Overall, this book emotionally floored me. It’s angst-ridden with a slow-burn plotline. I recommend this book to anyone who loves heavy romance and drama. (P.S. It has an abuse theme which will not suit younger audiences).

“Not all fairy tales started with a ray of golden sunshine or a chorus of beautiful angels sing– theirs was far from one– but from the moment she’d showed up at his door last night, Andrew was determined to give their story the happiest, the most beautiful sunshine ending he could find.”

(Thank you to the author E. Mellyberry for sending me a copy of this book in exchange for an honest review. )

2 thoughts on “Review: My Lea by E. Mellyberry”