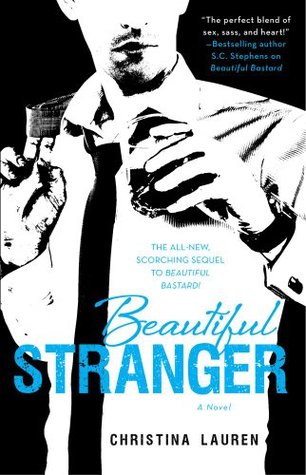 Escaping a cheating ex, finance whiz Sara Dillon’s moved to New York City and is looking for excitement and passion without a lot of strings attached. So meeting the irresistible, sexy Brit at a dance club should have meant nothing more than a night’s fun. But the manner—and speed—with which he melts her inhibitions turns him from a one-time hookup and into her Beautiful Stranger.

The whole city knows that Max Stella loves women, not that he’s ever found one he particularly wants to keep around. Despite pulling in plenty with his Wall Street bad boy charm, it’s not until Sara—and the wild photos she lets him take of her—that he starts wondering if there’s someone for him outside of the bedroom.

Hooking up in places where anybody could catch them, the only thing scarier for Sara than getting caught in public is having Max get too close in private. 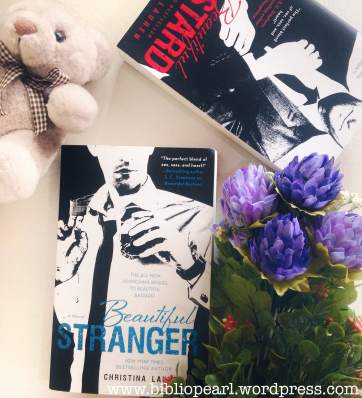 So this book began when Sara Dillon met the rich and sexy British executive Max Stella at a club. Fresh from a failed long-term relationship, Sara was determined to have fun and forget her heartaches and just simply set herself free from her modest self. Sara and Max’s first encounter immediately led to sex. At the club. And what started off as a sexual fling led to a series of more sexual dates. You see, these two particularly have kinks. They had this agreement to have sex anywhere but in bed. (which kinda weirded me out.)

I actually did have a great time when I was at the first few chapters because as usual, Christina Lauren‘s writing was fabulous and Max Stella was a character beyond perfection! I enjoyed Beautiful Bastard when I read it last year so I really had high hopes in this book. However, as I went through the later chapters, I felt a bit exhausted because of the unnecessary and somewhat overdone sexual scenes. I mean, I get that this is the type of a friends-with-benefits romance book, but when sexual scenes tend to become repetitive, it can no longer hold my attention. There were just so much. To the point where there’s no longer depth in the story. 😦

But as what I’ve said, I loved Christina Lauren’s writing. The authors are a pro in this genre and they really have a way with words. I loved the way they described Max and the way they created the characters. I enjoyed the previous book in this series so I believe the next books will make it all up (hopefully). I heard they’re also great! I’m crossing my fingers that I will enjoy them. 🙂