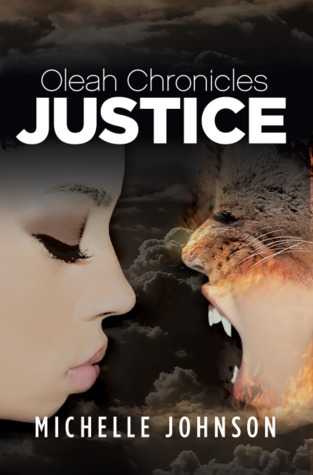 After discovering the truth about her Oleah origins, Angel thought she could still have a normal life, consisting of normal things – like her seventeenth birthday party. But there is no such thing as normal for Angel anymore. She learned that the hard way after Sindrell – the most powerful sorceress in the universe – crashed her party, destroyed the city, and took her best friend, Julie, captive. Determined to defeat Sindrell for good, Angel must risk her life, along with the fate of the entire universe to get Julie back…alive. The only way she can do this successfully, is to embrace her Oleah instincts and learn what it takes to become a true warrior. Problem is, Sindrell has an insurance policy of her own that will put millions of lives in danger – including Zander’s – to ensure her quest for power is brought to fruition. One way or another. In order to protect Zander, and save Julie, Angel has to make a choice… but will it be the right one?

Oleah Chronicles: Justice picks up where we left Angel Seriki in Oleah Chronicles: Truth. This time our heroine is doing everything she can to rescue her best friend Julie and to become stronger by training under the guidance of her Oleah parents and of course, together with the love of her life Zander.

I loved that the sequel was a light read and it introduced a whole new premise. The introduction of new characters was also a great thing since it offered a refreshing feel to the readers. What I just didn’t quite enjoy was how some scenes became abrupt. I thought the world building here also lacked and fell flat. Also, I was expecting a lot of romantic scenes between Zander and Angel, but… 😦 Then there’s Julie who kept annoying me most of the time. 😦 However, there’s this Zander line that made me swoon. 🙂

“Sometimes, you don’t realize you’re broken until someone brings you the piece that’s been missing in your life. You are my missing piece, Princess. Going back to a world that you’re not in, is not an option. My life belongs to you.”

The book was still beautifully done and though it lacked on some levels, the plot was spot-on and Angel’s character development was evident. In addition, the book’s ending was a BANG and it certainly made a difference. It made me question what will happen to Julie and Angel’s friendship now that there’s a huge change between them. 🙂

(Thank you to the author Michelle Johnson for sending me an ARC of this book in exchange for an honest review!)