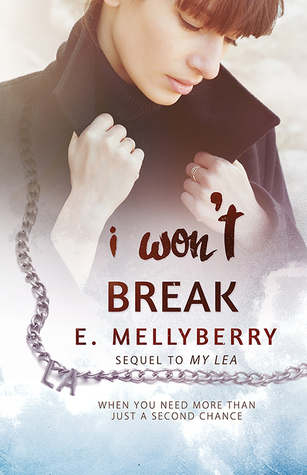 Lea and Andrew’s story continues in this sequel to My Lea. From the city of San Francisco, the tale journeys on to the other part of the world: Jakarta, Bali, and Tokyo.

It’s been five years since Andrew walked out of his apartment and left Lea in America. Five long years without any single contact.

Andrew is now a twenty-eight-year-old man who just inherited his father’s business empire and is about to marry the granddaughter of the wealthiest man in Singapore.
At twenty-four, Lea is in the early process of sorting out her life and career back in her home country.

When Andrew’s father passed away, they are reunited again for the first time since America.
Like it or not, they are forced to revisit their past and deal with their unfinished business. For most people, love is the answer to everything. But Lea and Andrew’s love is far from ordinary. Theirs is tainted by sin and guilt. And anger. Lots of anger.

What happened five years ago that made Andrew leave?

What happened after Twin Peaks?

What happened to their baby?

Told in both past and present events, I Won’t Break tests the limit of love when faced with grief and heartbreak, discovers the true power of forgiveness, and explores the meaning of second chances.

I Won’t Break is the sequel to My Lea (A Broken Love Story series)and cannot be read as a standalone.
Due to mature theme and content, this book is not suitable for readers under 18.

“Love was so pale compared to his internal volcano of feelings, but until someone came up with a new word for what this was, he guessed love would just have to do.”

Without a doubt, this is one of the best and well-delivered finales in a romantic duology. My tears were proof of that.

I Won’t Break is the second and final book of A Broken Love Story series. The story picks up where My Lea left off. Just like the first book, there was a third person POV narration, but this time, it goes back and forth between past and present. I won’t be giving anything away by describing the things that happened here since it will be a spoiler, but the storyline and the series of events were so emotional and heart-wrenching. There was enough angst to keep me glued to the pages all night.

Both Lea and Andrew were amazing in this sequel. There was certainly a remarkable character development. For one thing, I noticed that their chemistry was growing stronger scene by scene. I just wished that I could change one scene, though. The part where Andrew flew to Jakarta after that particular event that changed their lives. For me it was a cowardly move, but anyways, I think that scene was the one that brought out the beauty of this finale so I couldn’t really complain. 🙂

“You’re my monster and I love you.”

There was this particular scene with Andrew’s dad that also touched me and broke my heart. That conversation was a game-changer and I think it was one of the huge reasons why Andrew became man enough to face his monsters. E. Mellyberry, therefore, is a talented storyteller. She has a way with words that could provide her readers a good emotional experience. She can make you cry in one scene and make you swoon in the next. I believe she deserves much more recognition. As a whole, I Won’t Break was a poignant and heartwarming sequel. It gave a kind of conclusion that I won’t soon forget.

“Because when you finally find the one against all odds, you give him your best and let the magic of the world carry the rest.”

(A copy of this book was provided by the author E. Mellyberry in exchange for an honest review.)