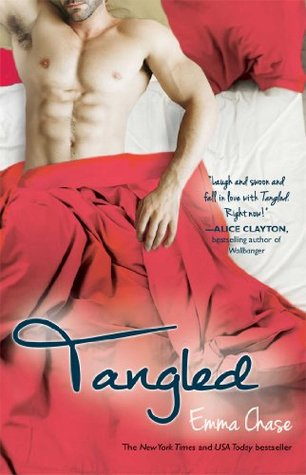 Drew Evans is a winner. Handsome and arrogant, he makes multimillion dollar business deals and seduces New York’s most beautiful women with just a smile. He has loyal friends and an indulgent family. So why has he been shuttered in his apartment for seven days, miserable and depressed?

He’ll tell you he has the flu.

But we all know that’s not really true.

Katherine Brooks is brilliant, beautiful and ambitious. She refuses to let anything – or anyone – derail her path to success. When Kate is hired as the new associate at Drew’s father’s investment banking firm, every aspect of the dashing playboy’s life is thrown into a tailspin. The professional competition she brings is unnerving, his attraction to her is distracting, his failure to entice her into his bed is exasperating.

Then, just when Drew is on the cusp of having everything he wants, his overblown confidence threatens to ruin it all. Will he be able untangle his feelings of lust and tenderness, frustration and fulfillment? Will he rise to the most important challenge of his life?

Can Drew Evans win at love?

Tangled is not your mother’s romance novel. It is an outrageous, passionate, witty narrative about a man who knows a lot about women…just not as much as he thinks he knows. As he tells his story, Drew learns the one thing he never wanted in life, is the only thing he can’t live without.

Why it took me so long to read this book is beyond me. If there’s a guilty-pleasure New Adult book that is worth your attention, it’s Tangled by Emma Chase. It’s funny as hell and so addictive. Emma’s writing was also so delicious you just can’t get enough of it!

The story centers around Drew Evans. It’s told in his POV. Yes, guys. His and his POV alone. I don’t normally encounter a romance book where the only one that speaks is the guy. It’s fun and refreshing in a way. It’s nice to know Drew’s thoughts– including the dirty and naughty ones. lol.

So one night, Drew met this alluring brunette named Katherine ‘Kate’ Brooks in a club and yes, there was insta-lust in Drew’s side (in a not-annoying way, mind you). Since then, he was not able to take Kate off his mind. And surprise! He learned one day that Kate’s going to be his new co-worker in the company he’s working which is owned by his dad. Now I won’t get that far into describing the plot. Let Drew do the talking. Listen to him and prepare yourself for a bunch of laugh-out-loud moments because you’ll surely get them here… all the freaking time!

Picture me while I was reading this

You might think that this book only features tons of craziness and sexual nothings. Not. I learned a lot of things from Drew. His relationship tips are so sensible, I tell you guys. You want relationship facts and tips from the playboy’s perspective? Drop your Cosmopolitan and listen to Drew.

“Assume nothing. Even if you think you know everything. Even if you’re sure that you’re right. Get confirmation. That whole “ass” cliché about assuming? It’s right on the money. And if you’re not careful, it could end costing you the best thing that’s ever happen to you.”

“Women fall in love quicker than men. Easier and more often. But when guys fall? We go down harder. And when things go bad? When it’s not us who ends it? We don’t get to walk away. We crawl.”

What also entertained me most was Drew’s set of analogies and comparisons that he added in almost everything that he narrated in this book, like:

“She’s like a Rubik’s Cube. So frustrating at times that you want to toss it out the goddamn window. But you don’t. You can’t. You’re compelled to keep playing with it until you figure it out.”

There were no dull moments in this book. What it offered was pure entertainment. My favorite scene and the one that definitely had me cracking up was the dinner scene where Drew’s little niece Mackenzie talked and spoke a vulgar word that had everyone immediately react in such a funny way. (Drew’s dad choking, Matthew spitting up the juice right on Steven’s face, etc.) LMAO. I laughed for about three minutes with that! Also, I didn’t only admire Drew and Kate’s characters but I also adored the secondary ones, especially Delores a.k.a. Deedee. She’s one badass woman and I can’t wait to read her story and Matthew’s.

This book also built up a remarkable sexual tension which led to sexual frustration and then some. Basically, the relationship and character development was amazing here.

Tangled, as a whole, was a very entertaining rom-com book. It came packed with sizzling hot chemistry between the characters and it’s simply designed to make you feel good and happy. I totally enjoyed Drew’s POV here. The best! The ending was also wholly satisfying and it left me with a big smile on my face. This was my first Emma Chase book and it certainly won’t be the last.