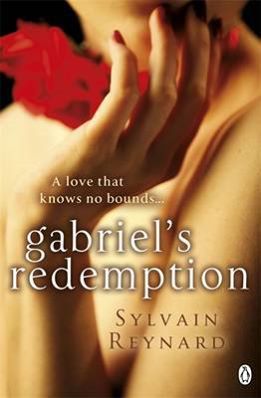 Professor Gabriel Emerson has left his position at the University of Toronto to embark on a new life with his beloved Julianne. Together, he’s confident that they can face any challenge.

But Julianne’s graduate program threatens Gabriel’s plans for their life together, as the pressures of being a student become all consuming. When she is given the honour of presenting an academic lecture at Oxford, several individuals from their past appear, including an old nemesis intent on humiliating Julia and exposing one of Gabriel’s darkest secrets.

In an effort to confront his remaining demons, Gabriel begins a quest to discover more about his biological parents – a search that has startling repercussions for himself and for Julianne.

Sylvain Reynard is a Canadian writer with an interest in Renaissance art and culture and an inordinate attachment to the city of Florence. Sylvain’s previous novels in this series, Gabriel’s Inferno and Gabriel’s Rapture, are also published by Penguin.

“I love all of him– the light and the dark, the good and the bad.”

That was such a beautiful, tear-jerking ending. Nothing is really sweeter than a HEA for your favorite book couple.

In Gabriel’s Redemption, Gabriel and Julia are already a married couple. However, things are still not perfect because of some people who are trying to ruin their marriage and Gabriel’s past who continues to haunt him.

What I loved about this third and final book was the main characters’ development. I’ve seen how Julia grew from being shy and awkward to being such a brave and confident woman. I really admired the way she handled Christa every time the girl tries to provoke her. It’s also nice to follow Gabriel’s character development in this series. I loved how he conquered his fears and confronted his past.

The secondary characters such as Rachel, Aaron, Richard, Tom, and Paul also made this book unforgettable. I didn’t like Paulina but in the end, I found myself sympathizing her. I think what happened to her was just the right thing.

I loved how the series concluded as a whole, especially when it introduced a new character and an angel– Clare. It was the ending that truly put a smile on my face. I will never forget this series! It was very well written and Julia and Gabriel’s journey was so heart-warming my heart has been slayed so many ways. If you want to read an emotionally-driven romance book, then I highly recommend this trilogy.

“Of all the gifts God gave me, he thought, the greatest one is you.”