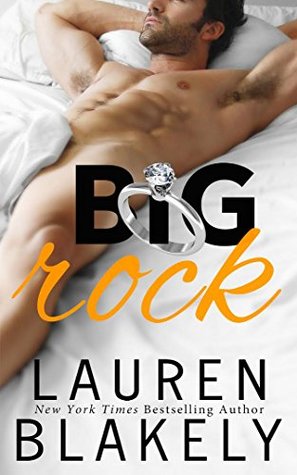 It’s not just the motion of the ocean, ladies. It’s definitely the SIZE of the boat too.
And I’ve got both firing on all cylinders. In fact, I have ALL the right assets. Looks, brains, my own money, and a big c&$k.
You might think I’m an as%*$le. I sound like one, don’t I? I’m hot as sin, rich as heaven, smart as hell and hung like a horse.
Guess what? You haven’t heard my story before. Sure, I might be a playboy, like the NY gossip rags call me. But I’m the playboy who’s actually a great guy. Which makes me one of a kind.
The only trouble is, my dad needs me to cool it for a bit. With conservative investors in town wanting to buy his flagship Fifth Avenue jewelry store, he needs me not only to zip it up, but to look the part of the committed guy. Fine. I can do this for Dad. After all, I’ve got him to thank for the family jewels. So I ask my best friend and business partner to be my fiancée for the next week. Charlotte’s up for it. She has her own reasons for saying yes to wearing this big rock.
And pretty soon all this playing pretend in public leads to no pretending whatsoever in the bedroom, because she just can’t fake the kind of toe-curling, window-shattering orgasmic cries she makes as I take her to new heights between the sheets.

But I can’t seem to fake that I might be feeling something real for her.

What the hell have I gotten myself into with this…big rock?

Best friends and business partners pretending to be an engaged couple? This may not end well. lol

It’s my first time to read a book written by Lauren Blakely. I’ve heard so many great things about her books and seeing most of my friends on Goodreads enjoying them, I couldn’t help myself but try one. And I did enjoy. Big Rock is a quick and hilarious book and it’s a perfect combination of sweet and sexy.

The narration actually reminds me of Emma Chase’s Tangled— It’s all done by the male protagonist. Spencer Holiday is a man with so many accomplishments. He is the owner of the famous dating app known as Boyfriend Materialand the son of a successful jeweler. Apart that, he also co-owns a downtown bar with his best friend Charlotte Rhodes. One day he decided to help his father turn over his jewelry shop to the high-profile businessman Mr. Offerman, but he was trapped when he learned that the man is conservative and meticulous when it comes to the previous owners’ background. It ended up with him announcing that he is engaged to Charlotte. Now since Charlotte is trying to move on from her ex’s cheating affair, she agreed to pretend as his fiancée.

I admit that the plot is a little bit worn out. I’ve read these kinds of stories before. Best friends turned to lovers… pretend couples falling in love in the long run… friends with benefits thingy… Alright, maybe I have read enough books with these tropes and this is the reason why I wasn’t really thrilled on what’s about to happen to the characters. It was pretty much predictable to me as I’ve already visualized that Charlotte and Spencer’s relationship will step up to a new level.

“But you’re not supposed to be attracted to your best friend like this. That’s not how it works. I’m probably going to have to get checked into a fascility to deal with the amount of attraction I have for you. I’ll ask them to remove it, and they’ll say, ‘Sorry, sir, it’s spread across your entire body and we can’t take it out.”

But even though I found the plot to be a cliché, the fact that Spencer’s POV is so entertaining, I enjoyed the book so much. It also helped that Spencer’s character is pretty attractive and amusing. At first I thought he was an arrogant jerk because, who would think otherwise when he says something like this in an opening line?

“My dick is fucking awesome.”

So yeah.. Despite the clichéness of this book, this was a fascinating read. There was certainly a love story. And although I found the romantic development moving a little too fast, I totally understood it since the book is quick and short-length. For fans of rom-com books, you need to read this book and meet Spencer Holiday!