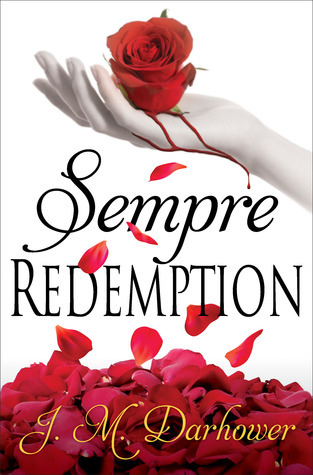 In this thrilling and sexy follow-up to Sempre, two young lovers struggle to keep their relationship intact after they become deeply enmeshed in the dangerous mafia-run crime ring they once tried to overthrow.

Swearing allegiance to the Mafia in order to save Haven Antonelli—the girl he loves—forces Carmine DeMarco to make the ultimate sacrifice. Sent to Chicago to work for La Cosa Nostra, he refuses to place Haven in harm’s way by taking her with him. She deserves a shot at a normal life. But as he becomes more and more immersed in a world of terrible crimes, he realizes that surviving without her may be more than he is able to bear. . . .

Stunned and hurt that Carmine has left her, Haven must now learn to make her way in the world without him. Her heart aches with the loss, but for the first time, she’s making her own choices and accomplishing dreams she never thought were within her reach. The past, however, is not done with either her or Carmine. As Haven discovers dark secrets about the family who enslaved her and her mother, and why she matters so much in this web of lies, she realizes what terrible pain may still lie in wait for her and the boy she loves. And what they must suffer to find redemption. . . .

“What do you do when the thing you want most suddenly feels like it’s beyond your fingertips?”

5 stars will never be enough for this book.

I still can’t believe how this series ended in such a beautiful, satisfying, and all-consuming fashion. This is absolutely one of the riveting series-enders I’ve read so far– one that will stay glued in my mind forever.

In this second and final book of Sempre duology, Carmine and Haven’s life totally changed. Both of them were forced to separate and go in opposite directions because of the deal Carmine made with Salvatore in the previous book. Carmine is now a full-pledged member of the Mafia while Haven is basically free and is pursuing a normal college life in New York. With the absence of each other, their hearts didn’t seem to grow fonder and despite the things that happened, both of them weren’t able to forget their love.

I cannot think of better words that will do the book justice. Everything messed up my emotions. First off, I loved J.M. Darhower’s writing. As always. It just didn’t get old. This author manages to leave such an overwhelming impact to her readers because of her raw and brilliant way of writing. The dialogues shared by the characters were so intimately sensitive that I found myself falling in love and feeling their sadness and pain.

“He was surrounded by violence and death, the ugliness eating away at him, but then on the other side, there was her. She was peace and hope, and pure beauty. She was the good that he hoped would overpower the bad.”

Sempre: Redemption didn’t particularly prepare me with its much darker approach. I thought Sempre has a mild touch of darkness and graphic violence scenes but in this book, I can say that J.M. Darhower gave it all when it comes to the intensity of its dark theme. Some daring actions were thrown in and even the major character Corrado Moretti(who was so much badass-er) was given an opportunity to stand out.

Haven and Carmine’s character was also nicely developed here. I loved their strength and their faith. What basically made them admirable was how they didn’t give in to possible new relationships when they were no longer together. It took a lot of chapters for me to endure their sacrifice but in the end, I was glad because what happened to them was exactly what I wished to transpire in the book.

Yes, this book was hard to read at times because of its emotionally-draining scenes which were dragged on an interlude of heartaches and even tragedies, but it was so worth it. This book was so heartfelt and it wasn’t just about two characters in a forbidden love but it was also more about how these Mafia people value their devotion to their family. Given the length of the book which is about 500+ pages, I wasn’t intimated. It’s because no matter how tough this book was and even if there were sad and terrifying moments that occurred, the ending turned out to be a perfection it made me wept both sad and happy tears. I will never forget this series. It will remain in my heart, SEMPRE.

“Everyone falls sometimes, son, even me, but the trick is to get right back up. They’ll always target the ones who appear vulnerable, so you need to be strong. Fake it until you make it.”