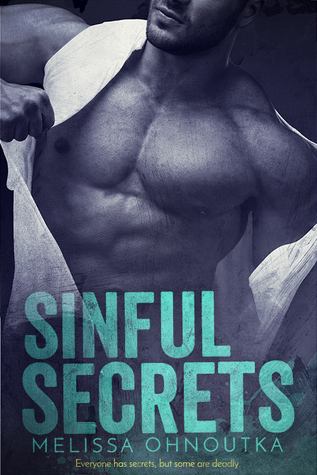 Event planner Joanna McNamee is scrambling to ensure her father’s company Christmas party goes smoothly, but one disaster after another has her convinced someone is trying to sabotage her career. With the help of a man from her past who she’s still not sure she can trust, she puts the pieces together and realizes her business is the least of her problems—a cold-blooded killer is out to destroy her father and take her as his prized possession.

The last thing Deputy Ryker Kane expects is for a simple truck hijacking to throw him back into the middle of the Black Widow case he’d been forced to abandon, not to mention right into the arms of the sweet woman he’d let walk away ten years earlier. When he finds Jo Jo kidnapped and drugged, he has to use all his wits and skills honed from years as a detective to save them both. Despite the secrets between them, Ryker’s bound and determined to give them a second chance at love.

I’m sad to say that I really didn’t enjoy this book. Maybe because my expectations were different. I expected it to be more on the romantic side than on the suspense since the cover and the synopsis tells otherwise. Apart from that, there were just so many issues that made me dislike it.

So the story was all about event planner Joanna “Jo Jo” McNamee and Deputy Ryker Kane who used to have an affair in college but weren’t able to see each other again due to Joanna’s issues about men. Now after several years they meet again and it happens when Jo Jo gets herself into trouble. Sad to say, Jo Jo no longer wants to engage herself with Ryker again so she pretends that she doesn’t know him.

Pathetic girl. I know, right? Jo Jo is one of the heroines that are wearing on my nerves. All throughout the book she was all like “I don’t want him” blah blah… and I just don’t know why she kept on saying that. I have no issues with Ryker. I believe he’s a good guy and his intentions are good but I can’t see the reason why Jo Jo was hell-bent on avoiding him.

The writing style was good, but it didn’t keep my attention. I wished it was written in 1st person POV. I felt like the narrations from both Jo Jo and Ryker were jumbled and confusing.

And as I mentioned, the majority of the book (85%) fell into the suspense/action side. There were little to no romantic scenes. Also, the chemistry between these characters was non-existent. It’s difficult to like a book when you don’t feel a spark between the characters. Sinful Secrets, for me, was a difficult story to like. 😦