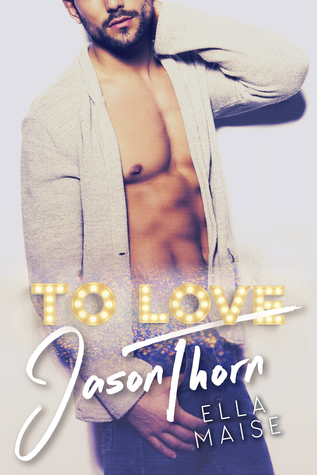 Oh, how stupidly in love with that boy I was. He was the first boy that made me blush, my first official crush. Sounds beautiful so far, right? That excitement that bubbles up inside you, those famous butterflies you feel for the very first time—he was the reason for them all. But, you only get to live in that fairytale world until they crush your hopes and dreams and then stomp on your heart for good measure. And boy did he crush my little heart into pieces.

After the stomping part he became the boy I did my best to stay away from—and let me tell you, it was pretty hard to do when he slept in the room right across from mine.

When tragedy struck his family and they moved away, I was ready to forget he ever existed.

Now he is a movie star, the one who makes women of all ages go into a screaming frenzy, the one who makes everyone swoon with that dimpled smile of his. Do you think that’s dreamy? I certainly don’t think so. How about me coming face to face with him? Nope still not dreamy. Not when I can’t even manage to look him in the eye.

Me? I’m Olive, a new writer. Actually, I’m THE writer of the book that inspired the movie he is about to star in on the big screen. As of late, I am also referred to as the oh-so-very-lucky girl who is about to become the wife of Jason Thorn.

Maybe you’re thinking yet again that this is all so dreamy? Nope, nothing dreamy going on here. Not even close.

“You’ve been the best kind of heartache, Jason Thorn.”

A love story about a Hollywood star and a romance author? Oh, hello my weak spots!

The blurb of To Love Jason Thorn was the one that got my attention. I love Hollywood romance, more so when it talks about hot, swoon-worthy actors who fall in love with ordinary women. Tropes like this are my undoing.

Olive Taylor and Jason Thorn have known each other since they were kids. Growing up, Olive developed an infatuation with Jason. In fact, she thought she might be in love with him. But because Jason sees her as just a “little sister”, her feelings were not returned. Worst, she even ended up heartbroken when Jason left San Francisco and relocated to Los Angeles. Now after how many years, both of them are already successful. Jason’s already an A-lister Hollywood actor while Olive is now a bestselling romance author. When Olive’s book Soul Ache was optioned for a movie, her world turned upside down when she knew that Jason is going to be the leading man and he’ll play her character Isaac.

“He was still my first crush and my first heartbreak, but he was also Jason Thorn. The Jason Thorn who was only twenty-six and had two Oscar nominations under his belt.”

Light, sweet, cuteness overload, and searing hot are what you can basically expect from this book. It’s my first Ella Maise read and I found her writing tasteful. I am definitely going to read her other works soon!

The characters’ palpable chemistry was one of the strengths I found in this book. I also loved how the “sweet reunion” and “marriage of convenience” themes were jam packed full of everything. There were a lot of scenes here that made me giggle. I could say that Jason and Olive are one of the coolest book couples I’ve read about! The way the story wrapped up was a bit predictable though, but I did enjoy it as a whole. Definitely recommending this to everyone!

“Maybe we were written for each other from the very first day we met, but it would’ve taken me a long time to find you on my own. So thank you for finding me. Thank you for writing yourself into our happy and inevitable ending.”