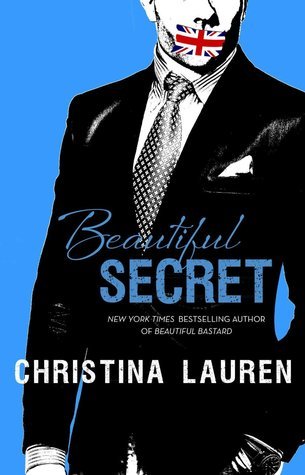 When Ruby Miller’s boss announces he’s sending her on an extended business trip to New York City, she’s shocked. As one of the best and brightest young engineers in London, she knows she’s professionally up to the task. The part that’s throwing her is where she’ll be spending a month up close and personal working alongside and staying in a hotel with Niall Stella, her firm’s top urban planning executive and The Hottest Man Alive. Despite her ongoing crush, Ruby is certain Niall barely knows she’s alive until their flirty overnight flight makes him sit up and take notice.

Not one for letting loose and breaking rules, recently divorced Niall would describe himself as hopeless when it comes to women. But even he knows outgoing California-girl Ruby is a breath of fresh air. Once she makes it her mission to help the sexy Brit loosen his tie, there’s no turning back. Thousands of miles from London, it’s easy for the lovers to play pretend. But when the trip is over, will the relationship they’ve built up fall down?

Beautiful Secret was just an okay read for me. While I enjoyed the first parts of the book, the rest didn’t totally pull me in. It doesn’t mean that I didn’t love it, though. The hottie British man Niall Stella is already enough for me to go on.

We have the characters Niall Stella, Max’s (from Beautiful Stranger) younger brother and Ruby Miller, an intern from Richardson-Corbett— the company where Niall is the VP. Although they work at the same company, these two are basically strangers. Well, except for Ruby’s side, because she has been crushing on him ever since forever to the point where her obsession already leads her to become a borderline stalker. lol. When the two of them went to New York to attend an international summit for a month, that’s when Niall finally noticed her. That’s also the time when their sexual connection started. However, Niall has reservations when it comes to intimacy because of his post-divorce issues.

I couldn’t explain the excitement I felt when I started this book. When I’ve read Beautiful Beloved where Niall was first introduced, I was totally charmed by this hot Brit so I immediately dived into this book after I finished the novella. The book started off great. I found both the characters’ POVs entertaining and funny. Ruby’s stalkerish abilities creeped me out a little bit but I was amused at the same time.

And Niall… Niall is one helluva man. I loved that he was not portrayed as most heroes in a book. He was the shy, quiet type of a man. Not arrogant and not a casanova, either.

What made me feel quite disconnected to the book, however, was Ruby’s attitude when both of them were already in New York. I felt her character going downhill when she became sexually obsessed with Niall and all she thought about was sex… sex… sex… I mean, there’s nothing wrong with it but ugh, she was sexually preoccupied all the freaking time and I don’t know how she’s able to handle her responsibilities in their business trip when she was horny most of the time. She was such a hot mess while she was with Niall and it’s no longer amusing.

Thankfully, Niall made the book bearable. Setting aside his hot physical qualities, I loved the way he controlled his emotions and lust toward Ruby (Thank God!). When he said that he prefers to have sex with a woman only if he’s in love with her, I admired his character even more. I loved the way he carried his work and personal emotions in a balanced way, unlike Ruby.

My vote for my favorite book of this series still goes for Beautiful Player up to this point. I wish this book was as good as the previous installment but as I mentioned, Niall Stella is enough so I still liked it as a whole.