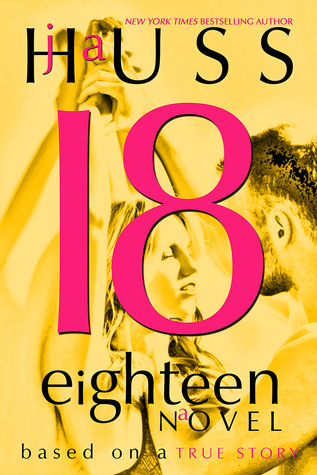 Eighteen is hard.
And so is Mateo Alesci.
He’s hard to read, hard to predict, hard in every way that counts. He wants things from me.
Dirty things, nasty things, forbidden things.
And I have to give in.
His attention is completely inappropriate, but I can’t say no. The way he looks at me… the way he watches me through my bedroom window… the way he drags me deeper and deeper into his completely forbidden fantasy world just… turns me on.
He knows it turns me on.
He holds all the power. He holds all the cards.
He holds my entire future in his hands.
And I have to give in.
Because Mr. Alesci is my teacher.
And I need everything he’s offering.

Well, that was crazy hot.

Eighteen: 18 is a teacher-student romance book that is laced with a dark theme. The story started off when Shannon Drake turned eighteen. Life should be great now that she’s celebrating her birthday. However, that’s not the case for Shannon. Life started to suck big time when pressure from her studies got into full swing. Not to mention the fact that her sister just recently died and she was left with a baby niece and an abusive brother-in-law. Turning eighteen also means unexpectedly meeting a hot, tatted, and sexy 28-year-old Mateo Alesci who’s about to become her Trig teacher.

It’s my first time to read a book written by J.A. Huss. Her writing? Superb! The steamy scenes are probably the ones that got me here. They were intense they completely rendered me speechless. Sexy scenes aside, I loved the fast and the no-nonsense pacing of the book. I basically read it in two sittings because the story was also edgy and compelling.

As much as I loved Mateo’s drool-worthy physicality (man, I really love the way he was described!), his stalkerish personality just didn’t sit well with me. He was silently watching over Shannon a month before they met and whoa, how creepy is that?

I couldn’t also deny the fact that the book was unrealistic in some ways, like how filthy rich Mateo was and despite the fact that he’s so wealthy and gorgeous, he became obsessively attracted to Shannon who’s only an ordinary girl and well, 18. I mean, with a guy like him, why Shannon? I want to know the reasons why Shannon knocks him off his feet. What’s in her that got him?

All in all, it was on alright read for me. I enjoyed it. There were some good things thrown in places. If only Mateo was far from being a total creep, I guess I would have loved it even more.

“Life isn’t all or nothing. It’s something in between.”