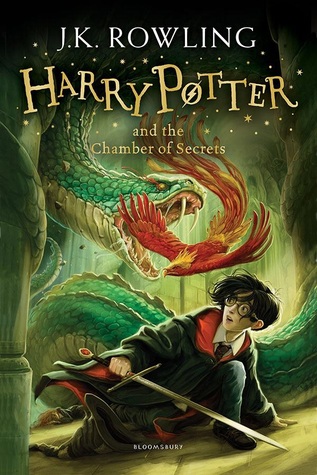 Harry Potter can’t wait for his holidays with the dire Dursleys to end. But a small, self-punishing house-elf warns Harry of mortal danger awaiting him at Hogwarts. Returning to the castle nevertheless, Harry hears a rumour about a Chamber of Secrets, holding unknown horrors for wizards of Muggle parentage. Now someone is casting spells that turn people to stone, and a terrible warning is found painted on the wall. The chief suspect – always in the wrong place – is Harry. But something much more terrifying has yet to be unleashed.

These new editions of the classic and internationally bestselling, multi-award-winning series feature instantly pick-up-able new jackets by Jonny Duddle, with huge child appeal, to bring Harry Potter to the next generation of readers. It’s time to PASS THE MAGIC ON …

I think there’s no need to make a proper review for this book because everyone knows how great this book and this series is. So I have to put everything through GIFs. 🙂

Things I loved in Harry Potter and the Chamber of Secrets: 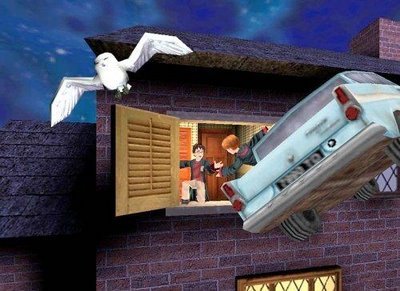 THE WHOMPING WILLOW! (I couldn’t even imagine how cute and hilarious this tree when it punched Ron and Harry in the earlier chapters. Ha!) 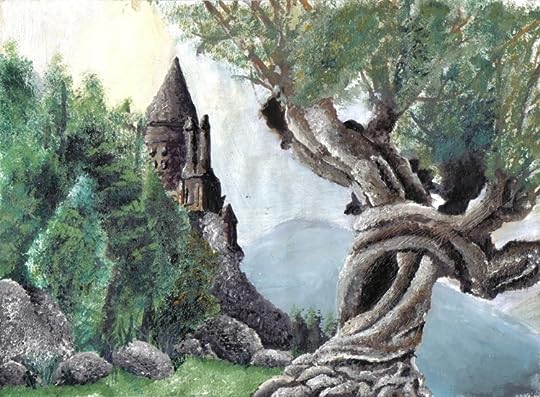 MOANING MYRTLE (I haven’t seen the movie yet, but is this Moaning Myrtle? The character grew in me and I felt sad for what happened to her. :(( ) 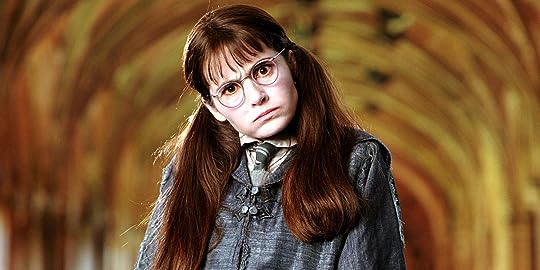 HAGRID (One of the best characters ever!) 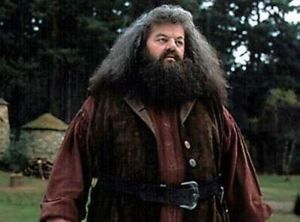 THE BATTLE BETWEEN BASILISK AND FAWKES (I think this one is the best part here. It was pure epicness!) 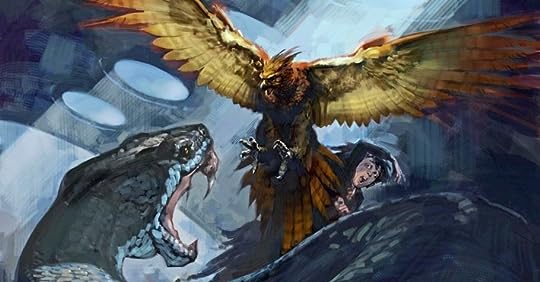 Not much happened in the first half of the book which brings me to realize that I enjoyed Harry Potter and the Sorcerer’s Stone a lot better. Needless to say, I did have fun going to Harry’s adventure here. His character continues to amaze me and his friendship with Ron and Hermione are goals! I have to read the next books ASAP! 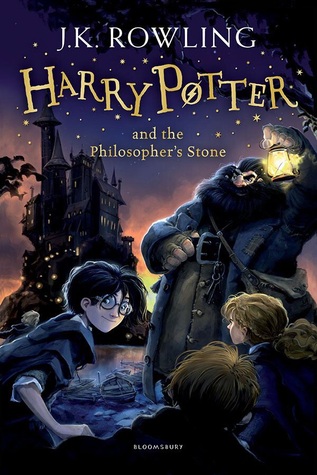 When a letter arrives for unhappy but ordinary Harry Potter, a decade-old secret is revealed to him that apparently he’s the last to know. His parents were wizards, killed by a Dark Lord’s curse when Harry was just a baby, and which he somehow survived. Leaving his unsympathetic aunt and uncle for Hogwarts, a wizarding school brimming with ghosts and enchantments, Harry stumbles upon a sinister mystery when he finds a three-headed dog guarding a room on the third floor. Then he hears of a missing stone with astonishing powers which could be valuable, dangerous – or both. An incredible adventure is about to begin!

These new editions of the classic and internationally bestselling, multi-award-winning series feature instantly pick-up-able new jackets by Jonny Duddle, with huge child appeal, to bring Harry Potter to the next generation of readers. It’s time to PASS THE MAGIC ON …

Beyond amazing! Way to start the new year! 🙂

I’ve read Harry Potter and the Sorcerer’s Stone way back in High School but I wasn’t able to finish it because sad to say, my book was lost. 😦 And now, thanks to my lovely friend Allie who gave me a copy of this book, I became interested to read it once again and bring back the old times’ feels.

And WOW! Just WOW! Thank goodness I decided to read it again because it felt so magical and magnificent and totally breathtaking! — exactly what I’ve felt the first time I’ve read this.

Harry Potter is such a great, well-fleshed out character. Despite being parentless and being bullied both in the Muggle world and Hogwarts by some kids, he still stood up and even became a great friend to Ron, Hermione, Neville, and the others.

This story had lots of exciting adventures and I really enjoyed everything that happened in this book. It was just so awesome! The secondary characters are also perfect. I especially love Hermione and her genius mind! Ron’s loyalty towards Harry is also awe-inspiring, as well as Neville’s adorable clumsiness. When it comes to its plotline, it’s amazingly done. The twist was unpredictable and there was humor in every page that made me laugh. What’s even great are the lessons and the message that are instilled to every reader, fantasy and magic aside.

I loved all the chapters and my favorites are:

The Boy Who Lived, The Vanishing Glass, Diagon Alley, The Journey from Platform Nine and Three-Quarters, The Sorting Hat, and Quidditch.

No wonder why this book and the whole series continues to be a real sensation. J.K. Rowling is so brilliant she bewitched me with her world! So excited to find out more about this series and to see what’s in store for Harry in the next books. 🙂