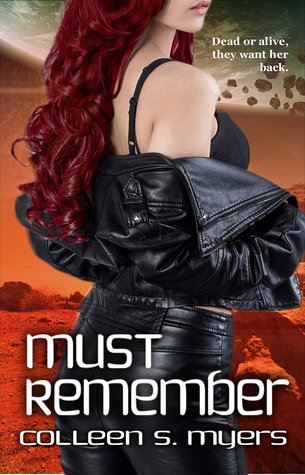 Nineteen-year-old Elizabeth ‘Beta’ Camden is a survivor. When the E’mani-those pale alien freaks-destroy Earth with a plague of madness and scoop up the remains, Beta is one of the ‘lucky’ ones. For years, she endures their tortures, experiments and games. Then one day, she manages to escape their ship with her life, and no memory of her time with them. Stranded on their world, Beta wanders the mountains, looking for a way home. She stumbles onto the Fost-the E’mani’s ancient enemy. Their war with the Imani is old and rooted in magic that the Fost once had and the Imani crave. Magic Beta soon discovers she’s developing along with strange tattoos and disturbing glimpses of her past. The Fost take her in and train her in their ways. As she spends more time with them, she falls in love with their culture and with Marin-he of the hot hands and slit eyes. But the E’mani took her for a reason and they want her back-dead or alive. If Beta doesn’t remember that reason soon, they’re all going to die.

A promising introduction to a New Adult sci-fi series!

This book is something new to me. Not because of its genre but because of how the author, Colleen S. Myers, was able to deliver a very original concept. I haven’t read a lot of alien books but usually in a book like this, aliens invade the earth, live in it, and rule over the humans. In this book, however, we see a different scenario. Aliens invade the earth, take random humans and bring them to their planet. Then their planet will be the main setting. Isn’t is refreshing in a way?

Must Remember follows a life of a 19 year-old girl named Elizabeth “Beta” Camden. One day she fell victim to a group of aliens called E’mani who took her away after creating a devastation in the earth. While in E’mani’s world, she undergone horrible experiences and then one day, she woke up in a place resided by a group of another aliens called Fostwho are otherwise known as the enemy of the E’mani. It would’ve ended Beta’s misery but then she has no memory of what happened to her while she was captured by the E’mani, only her memory when she was on earth. Difficult situations soon arrived when she met two Fost men that completely changed her life, Finn and Marin.

I loved how this book started off. It immediately captured my attention because of its interesting premise and the neat world description and its history. The writing of the author was also decent. But while there were some interesting things in the book, there were also some negative ones that didn’t sit well with me, such as the heroine. I found Beta somewhat annoying. I kind of don’t like her POV and her ramblings and I’m so sorry to say that I can’t stand her attitude, especially when it comes to interacting her men. Yes, ladies and gents. Love triangle. Ugh. Okay I’m not really against love triangles as I have a lot of favorite books and series where there are swoony love triangles but in this book, I didn’t want the heroine to delve into this complicated thing because I think it’s not necessary.

Also, it kind of lacked when it comes to action scenes. I wished there were lots and lots of it. The ending, however, was nicely done. I loved how the story was closed with an indication of what the sequel will offer. Hopefully the second installment will be better than this. All in all, this was a good start to a series. I can a sense a huge revelation in the upcoming books.

(Thank you to the author, Colleen S. Myers, for sending me a copy of this book in exchange for an honest review!)