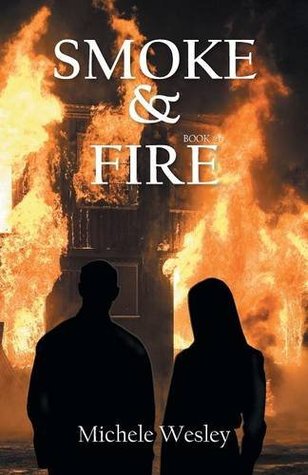 ***Strong  Violence and Sexual Content, Adults 18+ please. Read the first six books of this series in any order.*** Smoke & Fire: Spicy and Dangerous Paranormal Romance (BWWM Romance) – Book #1
She has the Face of an Angel…mind of a Death Warrior.  Agent Sori Knight, codename ‘Smoke,’ curses like a sailor and leave bodies at every turn, but somehow manages to steal hearts and save the good guys. The headstrong agent is forced to unleash her inner-monster when an assignment leads her to the most elusive and deadly criminal she has ever had to hunt.      He is Breathtakingly Sexy…mind kissed by Rage. Agent Mycale Phillips’ attraction to Sori is instantaneous. He thinks he may be in over his head when partnered with her but soon learns that a touch of evil is necessary if you want to survive in a world of Smoke & Fire!      Will secret abilities they are determined to hide be enough to pull them from death’s grip?

Fast and deadly, she moved like a mixture of smoke and wind.

I thought this book was pretty good and a promising introduction to a new series.

Agent Sori Knight a.k.a Smoke is hired by the government to work as a spy. When she was assigned to a mission, she incidentally met her biological brothers Drake and Damon– brothers she didn’t even know existed, and vice versa. Like her, the guys are also closely associated with spies and top agents. When Sori and her brothers collided, they eventually worked together as a team alongside the nerdy but attractive Agent Mycale Phillips. As she and Mycale especially teamed-up for a certain mission, they eventually developed feelings for each other which made everything quite tough.

This book is fast-paced and action-packed, with a deadly and badass heroine that really makes the book surprisingly good. Not only that. The book is also packed with non-stop humor. Sori’s character is fun to read. Her character was like nothing I have ever read before.

However, I have some issues with the book such as the whole narration. I love how the author made the story a real quick read, but I wish everything hadn’t been quite so fast, because it left me clueless on some parts, like how on earth Sori instantly became comfortable with the new people she’s working together with. Even though Damon and Drake are her siblings, still, she knew they’re complete strangers, and yet she was able to easily work well with them. With a character like her, I expected her to be somewhat a bit mistrustful especially with strangers. Also, I had a bit of a hard time connecting with the side characters. Everyone seemed to share the same kind of characterization (even the President)… like for example, the good-natured treatment with each other. I wish I was able to find characters here who are also kind of stoic and poker-faced because they’re secret agents who deal with confidential information, right?

The book, however, have positive traits. As I’ve mentioned, Sori is a fiery and kick-ass heroine. I love kick-ass leads! She does not depend on other people and she focuses on her capabilities in order to succeed in her missions.

The action scenes also blew me away! And of course, the romance which gave spice to the whole book. Sori and Mycale are a strong and amazing pair it would be good if they have cameo appearances on the next books! As a whole, it’s still an enjoyable read. It’s the action scenes that hooked me. I recommend this book if you are in for a fun and dynamic spy novel!

(A free copy was given by the author in exchange for an honest review.)