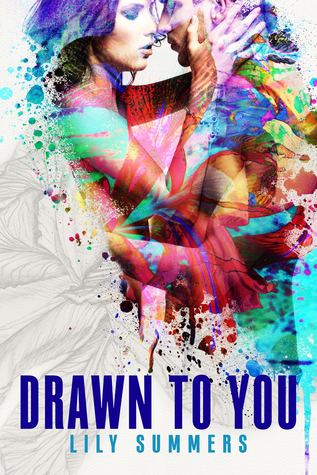 After an earth-shattering tragedy, I left everything behind. School, family, friends — what does any of it matter now?

Then Ezra finds me. A tagger with a raw talent, he fills the city with his art, splashing color across Portland’s grey skies. A ghostly woman in the depths of the ocean, a boy preyed upon by shadows — everything he creates touches my soul. Authentic and raw, his work grounds me. Magnetic and brave, he heals me.

But Ezra won’t let me fade away.

Drawn To You is a heart-wrenching debut about love, art, and a passion that brings color to the darkness. It’s about the lengths we go to remember and the love we can never forget.

“He looked into my darkness and saw light. He saw it, and he stayed.”

I have a penchant for books that have something to do with arts. Take Confess by Colleen Hoover and Clipped Wings by Helena Hunting. There’s just something about these books that could tug at the edges of the heart. Drawn To You, a debut novel by Lily Summers, was a moving and poignant story that surprisingly created an emotional landscape.

“I’m going to paint my next masterpiece on your skin.”

The book follows Mia, an art-aficionado who works at Pages & Stages Bookshop. One day she was smitten with the beautiful painting she saw at the street. When few days later she met the artist behind the painting– Ezra Teel, her world eventually changed. She didn’t expect that the art that seemed to become part of their lives will also be the reason for them to bare their soul and recollect their painful past.

I admit that it wasn’t that easy for me to get into the story when I was reading the first few chapters. The narration seemed hazy. When I got to the part when Ezra was introduced though, that was the time when the story finally became interesting. Ezra was an adorable character. All throughout the story he appeared to be a gentleman and affectionate, the kind of person that Mia can actually depend on. Mia, on the other hand, was a likeable character. She was a straight-forward, no-nonsense girl who’s not afraid to speak her mind in a not annoying way.

I was pleasantly surprised by the romantic aspect of this book and how Mia and Ezra’s romantic development was brought out in a natural way. The spark between them didn’t happen right on the spot but instead, it bloomed in such a way that moves you. The two of them first started off as friends. They soon witnessed how emotionally messed-up they both are, and they were there for each other all throughout.

Not only did the romance unfold nicely here but as well as the characters and the storyline. The characters’ situation was realistic enough and at times it made me teary-eyed. What happened to Mia’s sister was certainly one of those things that broke my heart. When it comes to the ending, it was simply remarkable. I loved how things ended with a good closure and how Mia finally let go of her past. Light and heart warming, this book is a well-written story for a debut novel and it’s one that I will recommend!

“Don’t be afraid of your pain, Mia. Without it, you wouldn’t be you.”

(An ARC was provided by the author Lily Summers in exchange for an honest review.)